Robby Valentine (born Robert Kempe on December 4, 1968, Leusden,Netherlands) is a Dutch singer and multi-instrumentalist who started his professional career in the eighties, and is the frontman of his band Valentine.

After his professional start as the keyboard player in Dutch symphonic rock band Line, he soon moved on to form the melodic hard rock band 1st Avenue in 1987, together with vocalist Peter Struyk (ex-Vandenberg). This band released two albums when Robby had already left. In 1989 he joined Dutch ‘happy metal’ band Zinatra, which enjoyed great popularity in predominantly Asia and South America, as well as The Netherlands. This band toured independently, and opened up for David Lee Roth and Steve Vai.

In 1990, Valentine signed a solo deal and started working on his first album. Although he produced, sang, and played most of the instruments himself, he also worked together with producer Humberto Gatica, guitarist Michael Landauand producer Erwin Musper. The first single, Over and Over Again (1991), was released in several European countries and became a big hit in the Netherlands. His selftitled debut album was released on Valentine’s Day 1992. By the time his album got released, Robby had already formed a live band and started intensive club touring. 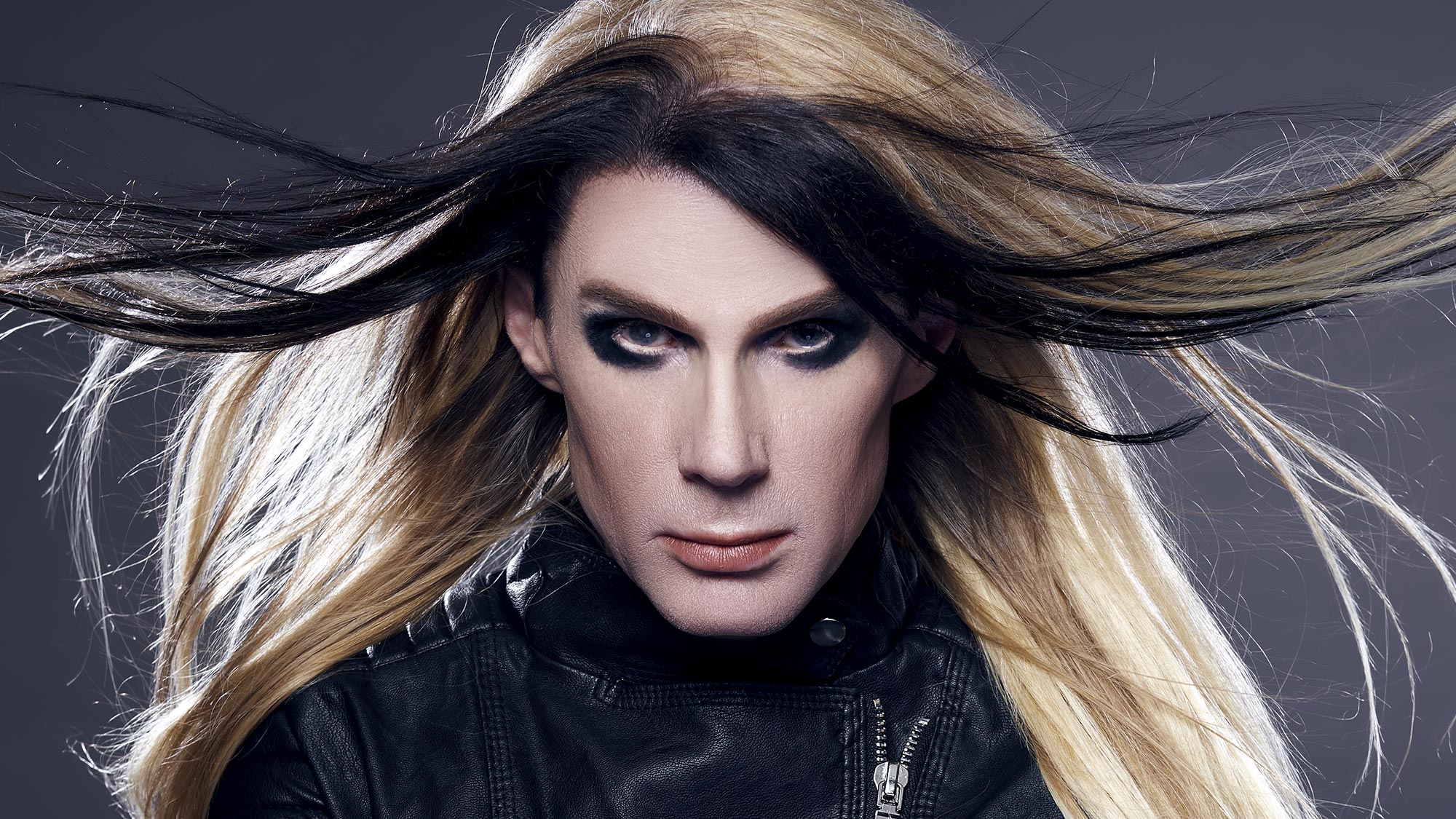 In 1993 a new album, The Magic Infinity, recorded with his live band, was released. Upon hearing this album, Brian May invited the band to join him on his European tour, which they did. Despite this tour and the release of a compilation album (No Turning Back, 1994), the band wasn’t able to achieve a European breakthrough. In Japan, though, Valentine became increasingly popular, and the record company re-released the first two albums in Japan.

In 1995 Robby sacked his whole band after he had completed his third album, simply called Valentine. The album didn’t generate hit singles or satisfying album sales in Europe, and his European contract was terminated, but not his Japanese contract.

Valentine’s next albums, Valentine 4 – United (1997), No Sugar Added (1998) and Believing Is Seeing (2001), were released in Japan only. He also released two albums with Valensia: V (1999) and Valentine vs Valensia (2002). A third album, Nymphopsychoschizophonic, is as yet unreleased. He also played keyboard on Into the Electric Castle by Ayreon and Fata Morgana by Helloise. 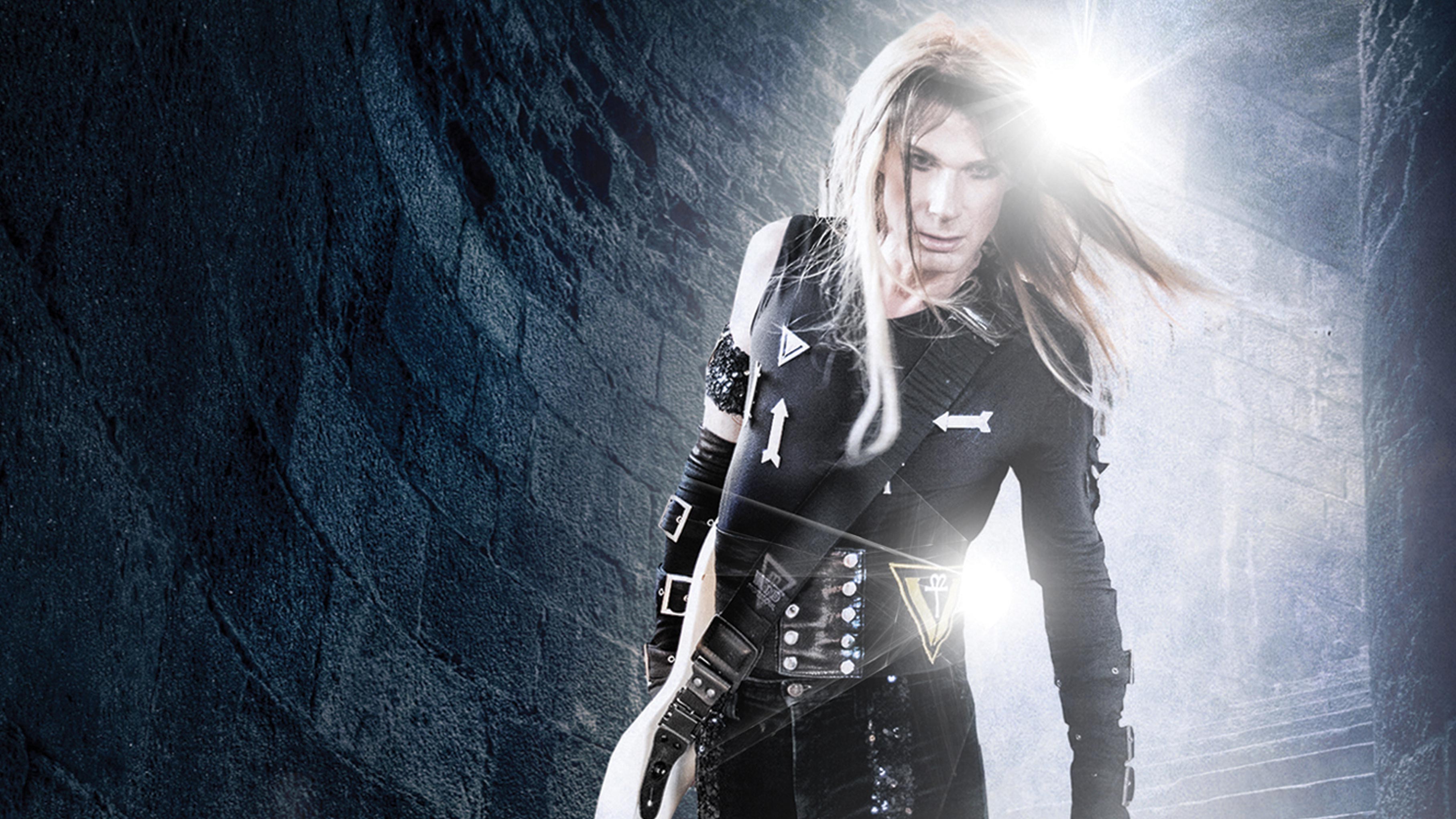 In 2004, he completed The Most Beautiful Pain, but the record company put the release on hold. In 2006, it was released in Europe through Frontiers Records, and several months later in Japan as well. One year later, Valentine’s eighth album Falling Down In Misanthropolis was released.

Return to Europe and live work

In 2008 Valentine had founded a new band line up consisting of members from (amongst others) After Forever and Ayreon, and in May returned to the European stages, promoting a retrospective double CD, Androgenius, containing old and new recordings of Valentine classics. This album was released in Japan in the last part of 2008, and in 2009 in the rest of the world. “Save Myself” was released as a single in May 2009, accompanied by a videoclip.

In 2008, Valentine joined Aniday, playing guitar and keyboards. Their debut album Born 2 Die was to be released in 2009. Another side project was KX-3, with fellow keyboard players Keiko Kumagai (Ars Nova, Ayreon), Joost van den Broek and drummer André Borgman (both members of After Forever). 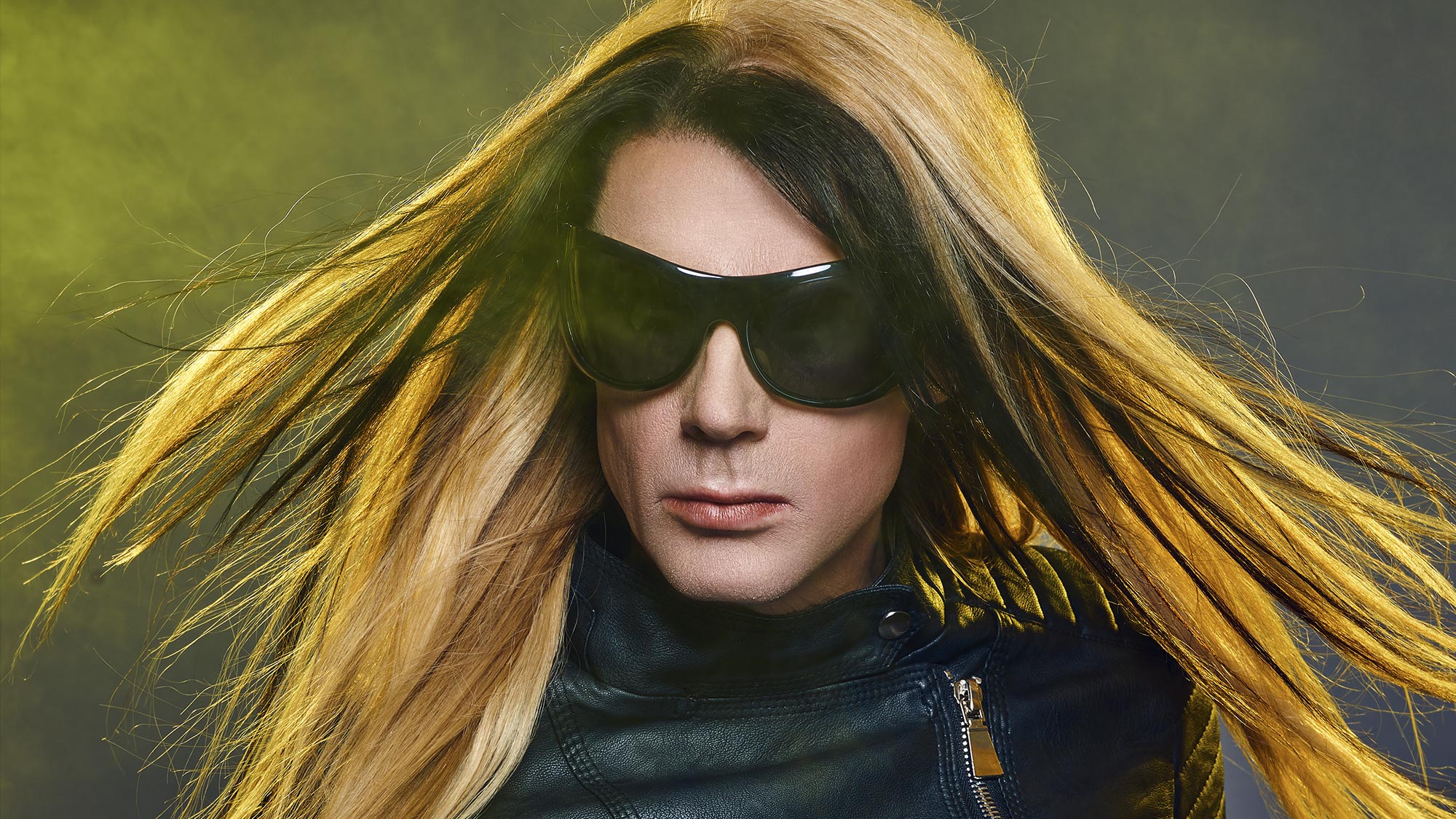 On Nov. 5th, 2011, Valentine performed at the ‘Queen Fanclub Day’ in Koningshof Theater, Maassluis, NL. For this occasion he recorded an entire album of Queen covers titled “A Tribute To Queen”, of course, produced by himself and was sold out at the evening as it happened with his second tribute to Queen released in 2012.

Because his first two Queen tribute albums are sold out, Valentine has decided to combine them together with 5 brand-new recorded songs into his ultimate Queen tribute record: “The Queen Album” that came out in 2014 while at the same time he released his 10th studio album “Bizarro World” which has been made via an online direct-to-fan system similar to PledgeMusic.

Losing eyesight and The Alliance

In May 2016, Valentine was struck by a serious eye infection which resulted in 75% of vision loss, and doctors discovered he has an immune system disorder. "I lay ill in bed for weeks, but at some point my mind became much clearer than it had been in recent years. I focused my attention to the boxes of half-written songs that I had been working on for years. Within no time, all of the songs were complete, including lyrics, and I was inspired with even more new ideas. You could say that when I lost my vision, I gained my sight.”

Depression over his loss of vision was unavoidable, but in the end, this personal suffering put Robby back on the musical track he had been missing for so long. That journey has resulted in a completely self-recorded new album: THE ALLIANCE. 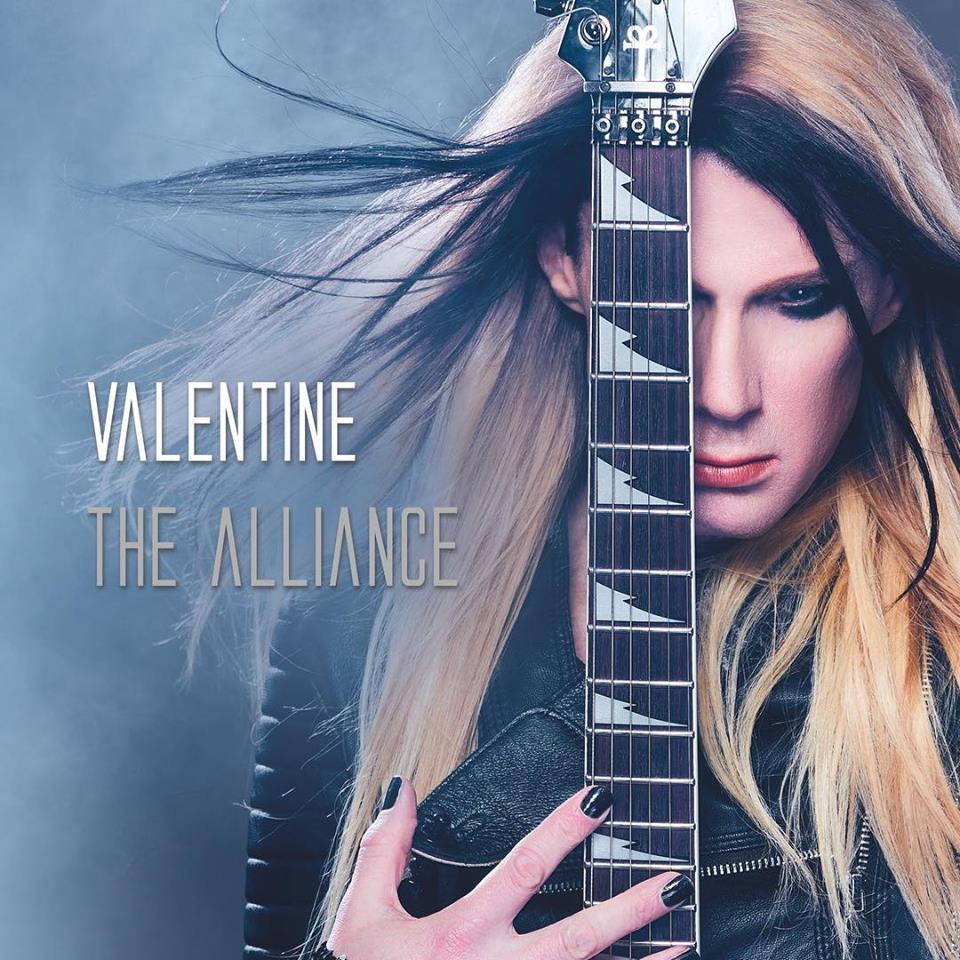 The album is rich with songs that capture the unmistakable Valentine sound, but as expected with all Valentine productions, it escapes genre boxing by tapping into many music styles. Despite the diversity in the songs, this album can be characterized as – Stadium Rock. In the same way as his previous success, the listener will encounter very heavy songs, but also a nice blend of ballads, which stand out for the simplicity of piano and vocals.

Valentine's music is always unique, but all his songs have a common thread which is a sort of life script of this multi-talented artist: from the love for his 6-year-old daughter, to intense depressions that have been ravaging him for years, to his interest in conspiracy theories. "The Alliance" has a common thread to predecessor album, "Bizarro World". Both albums are a wake-up call to stand for who you are and not to deny your true self to anyone, for any reason.

Remember who you are

Throughout his career, Valentine has been the embodiment of loyalty to who you are. With his love for artists such as: David Bowie, Freddie Mercury and John Waite, Valentine was born as an artist from the ‘Glam’ era, where artists looked like artists. During the Glam era men wore make-up and had big hair, but in the 1990s the ‘Grunge’ scene entered and destroyed the Glam look. In the end, even his former band members felt that his alternative appearance prevented the progression of the band, so they parted ways. 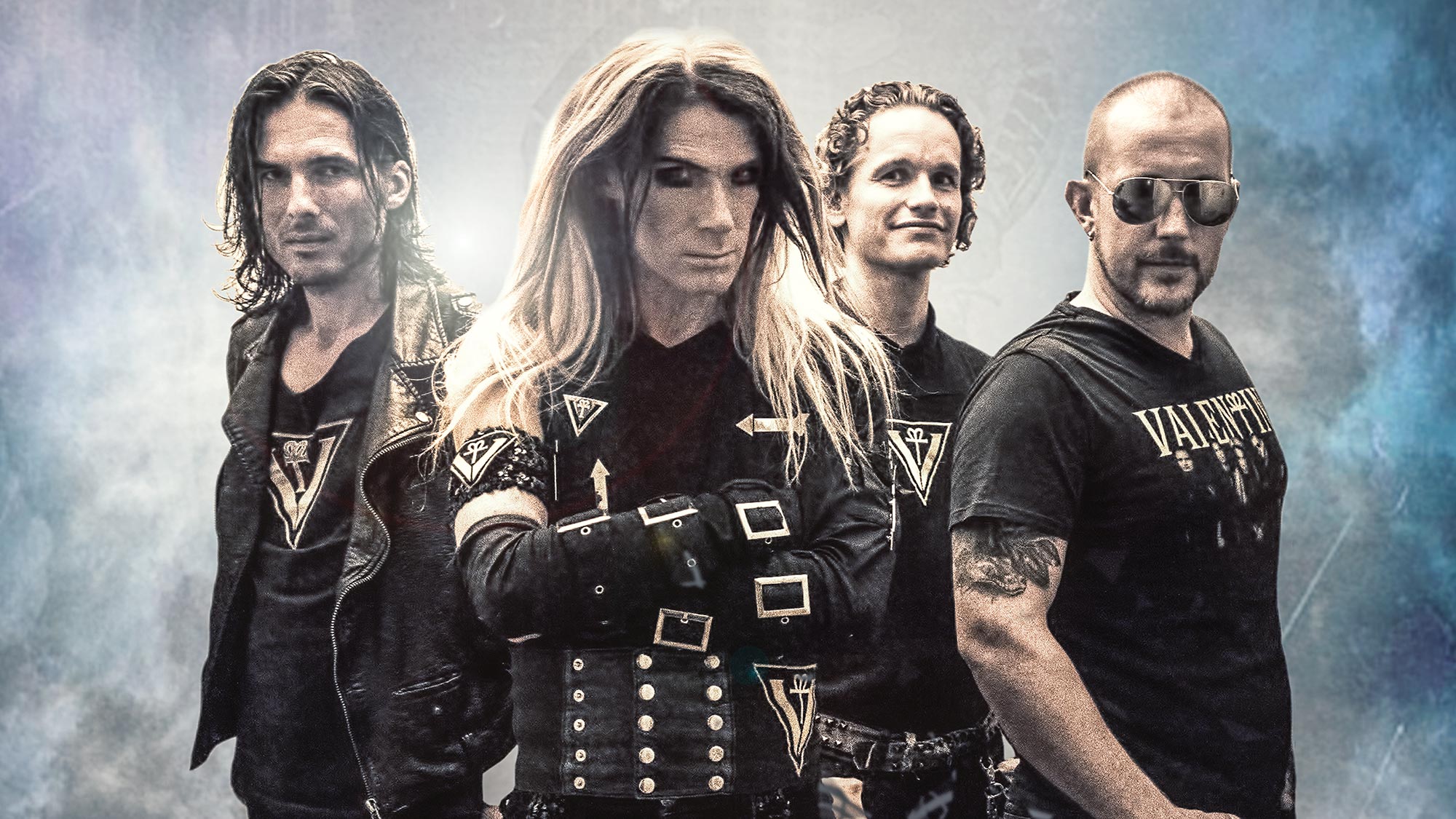 Fortunately, those days are over, and Valentine moved forward in spite of it all. Valentine remained true to himself and has had a fresh start with stellar band members: Andre Borgman, Luuk van Gerven and Paul Coenradie - whom have been performing together for many years now. It should also be noted that Valentine even tossed away his American dream by refusing his record label’s request for him to cut his hair short and to put on a denim jacket. In Japan, Germany and England Valentine's music is still devoured by dedicated following of fans, and his Bizarro World tour was met with sold out shows in the aforementioned countries; concluding with the tour in Tokyo.