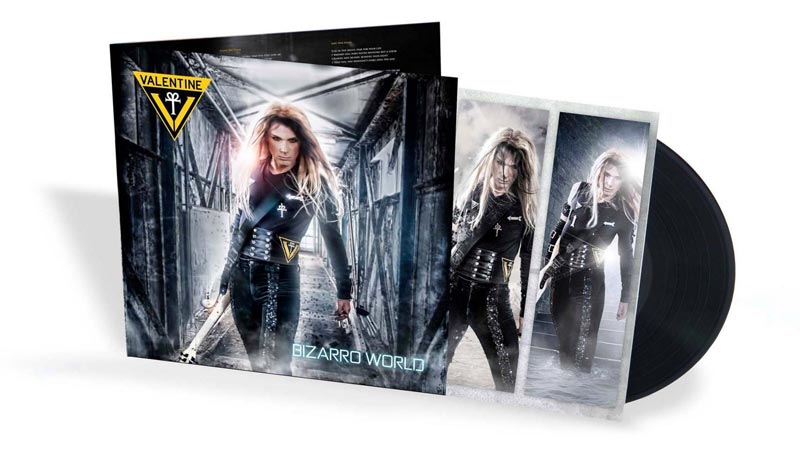 With the release of his latest album, ‘Bizarro World’, Valentine has found a renewed success with concerts at home and abroad, and above all a contract with one of the largest record companies in Japan, King Records.

On March 2, 2016, King Records will release Valentine’s two latest albums, ‘Bizarro World’ and ‘The Queen Album’ as a double set which will include bonus tracks featuring a cover of David Bowie's ‘Life on Mars’. The Queen album is an ultimate homage to Queen; the original album has twenty-four numbers, but the Japanese edition will have twenty-five.

But that’s not all, Universal will distribute Bizarro World worldwide and single Black Rain is currently hitting radio in the U.K in the lead up to Valentine's Liverpool show, which is set for March 12.

After the release of his debut album, Valentine’s career soared to great heights in Japan, where his popularity remained strong over the years, even more than in his own homeland. With the release of Bizarro World, (2014) the scales were balanced and within a month of the first pressing, the album sold out in Europe.

Bizarro World is an exceptional mix of pop and rock styles with a nice blend of influences from: Queen, Muse, and Adam Lambert. Reviews have been very positive, and in addition to signing with King Records, live shows are still in demand at home and abroad.

To celebrate the success of Bizarro World, it is now available as a Vinyl! A release party will be held on February 20, 2016 at ‘P3 te Purmerend’. Naturally, Valentine will be supported by his top band: Andre Borgman (After Forever), Luuk van Gerven (After Forever, Karma Flow), Paul Coenradie (Aniday, Bert Heerink) and Johan Jay Jay Willems. Expect to be treated to more than two hours of a spectacular performance, spotlighting Bizarro World and Valentine’s previous albums.